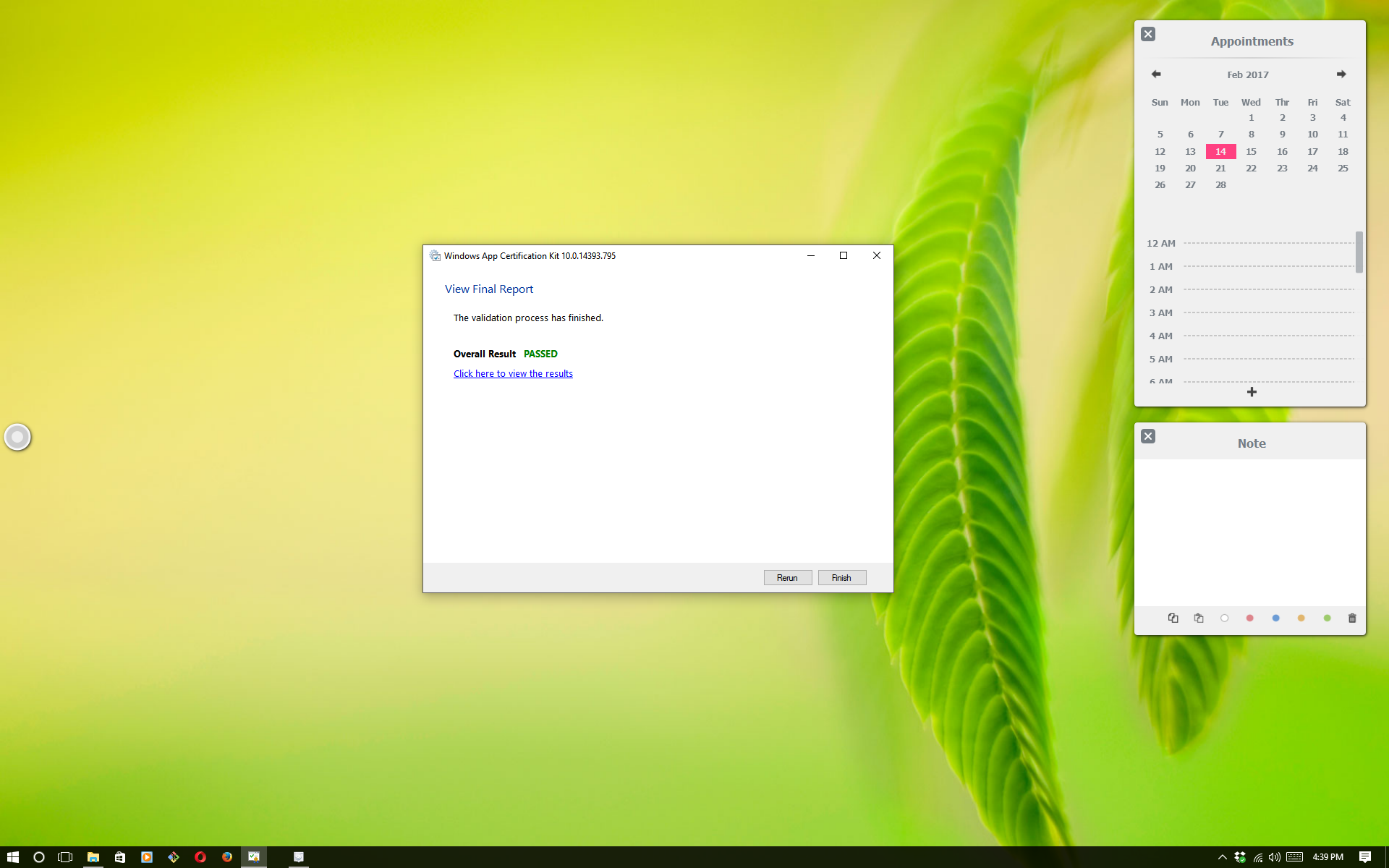 Ever since Microsoft announced metro Apps, we wanted PlexyDesk to run on it. as usual that required lot of work, Specially in the areas of file handling, networking and window management. Initially we planned to convert the current installer to an Appx (windows store package) using Microsoft Desktop Bridge tools. Unfortunately, we had many win32 API calls, which failed the Windows Store App verification test.

Early versions of Windows Metro API did not provide enough API access at a depth as required by PlexyDesk, which made it impossible to even compile it for Windows Store Platform. After the Windows 10th anniversary release and New C++/Cxx improvements in Visual 2015, we found a path to port PlexyDesk, creating a whole new user experience and new opportunities for our Windows users.

After two weeks of continuous development PlexyDesk UWP (Universal Binary) is now ready for testing. And we have published the initial changes required to create windows appx packages for windows and which verifies against the windows Certification kit, feel free to clone, compile and test PlexyDesk on your Windows Devices. If you have patches send them over, We'll be more than happy to review, and integrate them into the PlexyDesk code base.

What does all these mean to you as a user ? - Well simply you can now run PlexyDesk on all of the modern windows family of devices such as Windows Surface tablet's, XBox Game consoles, Windows Phones and Tablets. Since we don't have any of these devices at the moment, Only Windows PC was tested with a x64 bit build. In the coming weeks we will start creating builds for all the platform Tool-chain's offered by Microsoft which would let us publish test binaries which all of you can test.